Belgrade (Beograd) is the capital of Serbia, and has a population of around 1.6 million. It is situated in South-Eastern Europe, on the Balkan Peninsula, at the confluence of the Sava and Danube rivers. It is one of the oldest cities in Europe and has since ancient times been an important focal point for traffic, an intersection of the roads of Eastern and Western Europe. 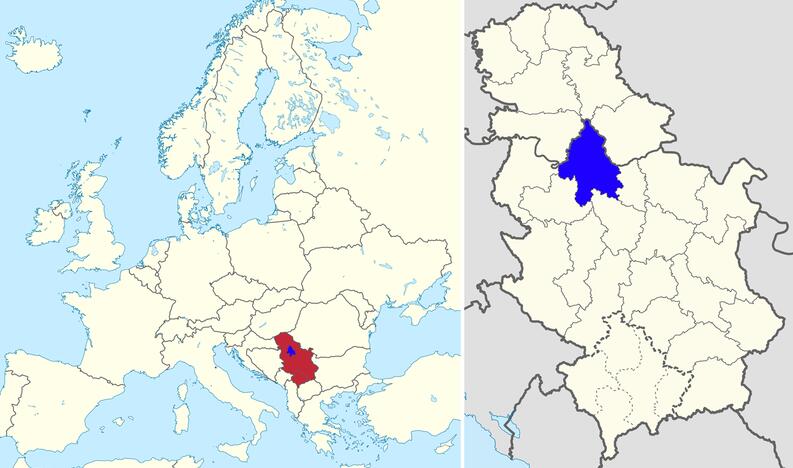 Belgrade has the status of a separate territorial unit in Serbia, having its own autonomous city government. Its territory is divided into 17 municipalities, having their own local government.

There are so many interesting facts about Belgrade, the capital of Serbia and one of the oldest cities of Europe. The Balkan jewel that lies on the rivers Sava and Dunav will charm you with its modern and old part. No matter what kind of person you are, you will definitely find something that will amaze you in Belgrade.

The City in Time and Space

The church of St. Sava, located in Belgrade’s part called Vracar, is the largest church in Southeastern Europe. The construction of the church began in 1935, 40 years after the original idea came up. The temple was designed by architects Aleksandar Deroko and Branko Pesic in a Serbian-Byzantine style. The church has the form of a Greek Cross and it represents one of the biggest marks of Belgrade. The dome, which is 44 meters high, has a mosaic that represents the passage of Jesus Christ. The mosaic, created by Hrist Pantokrator is enormous and weighs 40 tons. 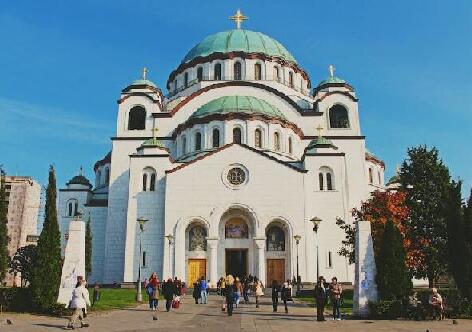 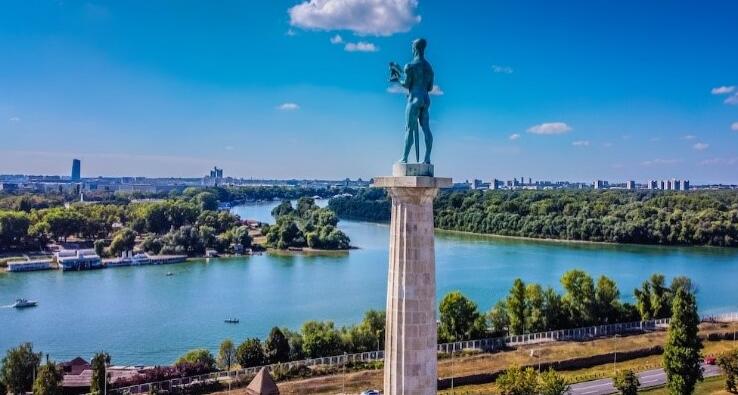 Kalemegdan - The most beautiful and biggest park in Belgrade, which is also the most important cultural and historical complex, in which the Belgrade Fortress stands high above the Sava and Danube confluence. The name Kalemegdan applies only to the spacious plateau surrounding the Fortress, which was turned into a park in the eighties of the XIX century. When the Fortress served as Belgrade's chief military stronghold, the plateau was a place from which the enemy was kept under observation and where preparations were made for combats. Its name derives from the Turkish words kale (fort) and megdan (field). Kalemegdan now includes the Military Museum, Cvijeta Zuzorić Art Pavilion, City Institute for Protection of Cultural Monuments, Zoo, a children's amusement park, a large number of sports fields, restaurants and so on.

Knez Mihailova Street is a pedestrian zone and shopping center - protected by law as one of the oldest and most valuable monumental complexes of the city, with a large number of representative buildings and urban houses built at the end of 1870s.

There are plenty of museums to choose from in Belgrade, preserving both the nation’s cultural and historic heritage and our industrial and scientific legacy. The collection of the Historical Museum of Serbia includes mediaeval flags, old maps, royal crowns and rare photographs, which will take you through the centuries of history of these parts.
The Ethnographic Museum in Belgrade displays traditional folk costumes, household items, handicraft items and other artefacts, which will introduce you to the daily life of the local people over the centuries.
At the Museum of Yugoslavia, you will learn about the former socialist state from the permanent display of presents given by heads of state, photographs and documentary material and numerous thematic exhibitions, which present the complex Yugoslav heritage.
The Museum of Natural History has rich collections of minerals, fossils and plant and animal species, which are on display at the Gallery of the Museum of Natural History in Kalemegdan.
The Museum of Contemporary Art exhibits masterpieces of 20th- and 21st-Century Yugoslav and Serbian artists.

Lonely Planet named Belgrade as the City with the Best Nightlife in the World. The city has more than 170 river clubs which are the mark of the city’s nightlife. The name of the first river club was Vodenica.
No matter what kind of music you listen to, you will definitely find a river club that will suit your taste. 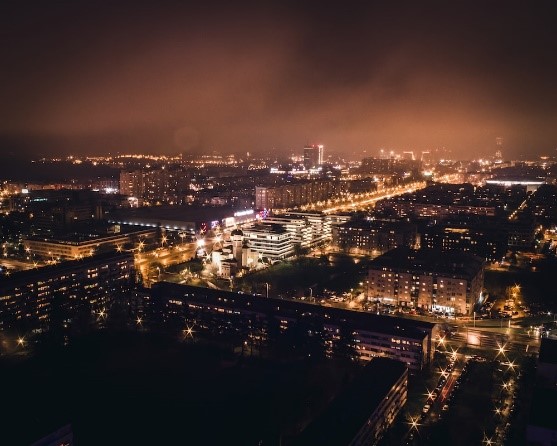 An Explosion of Taste 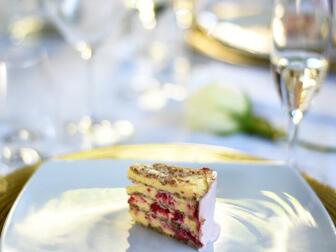 Centuries of influences coming from various cultures have created a unique blend of culinary cosmopolitism and local tradition specific to Belgrade. Amidst all this diversity, Serbia’s capital has also developed gastronomy flavours, habits and rituals not found anywhere else. The rich cuisine will inspire you to taste something new every time.
Those with a sweet tooth should definitely taste “Moskva Šnit”, a genuine Belgrade cake originally created at the famous Moskva Hotel, which can now be ordered at virtually all restaurants in the capital. 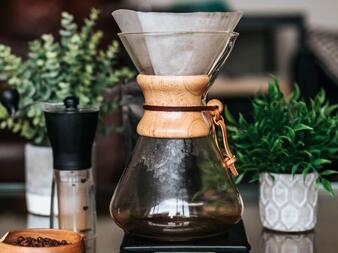 An unavoidable daily ritual in Belgrade is coffee-drinking. When the weather is nice, you can sit at one of the many café gardens and sip at your coffee cup outdoors, as you watch the busy urban life go on at its hectic pace all around you. From the unique texture of the traditional home-brewed coffee to various coffee-based beverages brought here from all over the world, this warm drink is a perfect way to round off your every day. 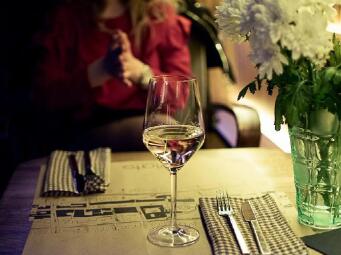 Apart from the coffee-drinking ritual, enjoying wine and rakija, a local fruit brandy, is also one of the city’s traditions. As Belgrade is one of the few capital cities in the world with its own wine region, here you can sample genuine locally-produced wines from the Serbian capital, made with grapes grown on the banks of the Danube and the slopes of Kosmaj and Avala mountains. The most popular among the many varieties of rakija are šljivovica (plum brandy) and kajsijevača (apricot brandy), dunjevača (quince brandy), which visitors to the Serbian capital buy both for their own enjoyment and as a gift for their friends.