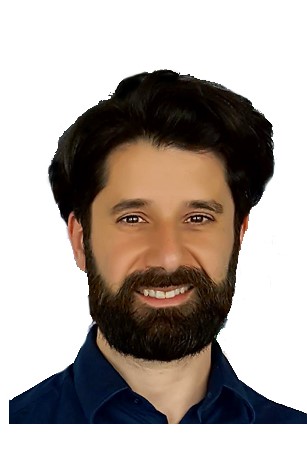 Abstract: An Error related Potential (ErrP) can be noninvasively and directly measured from the scalp through electroencephalography (EEG), as response, when a person realizes they are making an error during a task (as a consequence of a cognitive error performed from the user). It has been shown that ErrPs can be automatically detected with time-discrete feedback tasks, which are widely applied in the Brain-Computer Interface (BCI) field for error correction or adaptation. In this work, a semi-supervised algorithm, namely the Functional Source Separation (FSS), is proposed to estimate a spatial filter for learning the ErrPs and to enhance the evoked potentials. EEG data recorded on six subjects were used to evaluate the proposed method based on FFS algorithm in comparison with the xDAWN algorithm. FSS- and xDAWN-based methods were compared also to the Cz and FCz single channel. The single-trial classification was considered to evaluate the performances of the approaches. (Both the approaches were evaluated on the single-trial classification of EEGs.) The results presented using the Bayesian Linear Discriminant Analysis (BLDA) classifier, show that FSS (accuracy 0.92, sensitivity 0.95, specificity 0.81, F1-score 0.95) overcomes the other methods (Cz - accuracy 0.72, sensitivity 0.74, specificity 0.63, F1-score 0.74; FCz - accuracy 0.72, sensitivity 0.75, specificity 0.61, F1-score 0.75; xDAWN - accuracy 0.75, sensitivity 0.79, specificity 0.61, F1-score 0.79) in terms of single-trial classification. The proposed FSS-based method increases the single-trial detection accuracy of ErrPs to both single-channel (Cz, FCz) and xDAWN spatial filters.


Biography: Prof. Porcaro is a computational neuroscientist with an interest in the development of novel analysis methods to extract information from non-invasive measures of brain activity. After a Ph.D. in Neuroimaging, at the University of Chieti (Italy) in 2008, he moved to the University of Birmingham for a post-doc on multimodal brain imaging. In 2011, he joined the Institute of Neuroscience, Newcastle University, after being awarded a highly competitive independent research position. In 2012, Prof. Porcaro moved back to Italy, where he currently holds an Independent Research Position at the Institute of Cognitive Sciences and Technologies (ISTC) – National Research Council (CNR), Rome, Italy. In 2014 and 2015, he was invited as Visiting Professor at the Neural Control of Movement Lab, Department of Health Sciences and Technologies ETH, Zurich, Switzerland. From 2016 to 2020, he has also been Visiting Professor at the Department of Human Kinesiology, Movement Control & Neuroplasticity Research Group, KU Leuven, Belgium. Since 2015, Prof. Porcaro is Adjunct Professor at Department of Information Engineering – Università Politecnica delle Marche, Ancona.