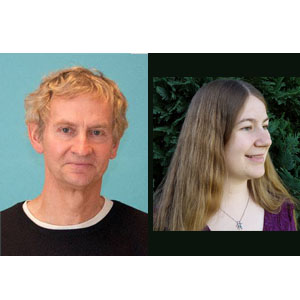 Abstract: When humans interact, multiple types of adaptivity occur, concerning their behaviour toward each other. For example, these types of behavioural adaptivity include short-term effects such as affiliation but also long-term effects such as bonding. Moreover, some forms of behavioural adaptivity apply to specific persons, whereas other forms apply in a generic manner to any person. The latter is addressed in theories such as attachment theory, describing how behavioural adaptations acquired in one relationship also have their effects in other relationships. All these forms of adaptivity or learning can be considered first-order adaptivity. However, their occurrence and strength depend on contextual circumstances. This dependence functions as a form of context-sensitive control of adaptivity and can be conceptualised as second-order adaptivity. Within neuroscience, it has been found that central mechanisms in the causal pathways leading to such forms of adaptivity or plasticity can be based on synaptic plasticity (adaptive connections, for example based on Hebbian learning) or nonsynaptic plasticity (adaptive intrinsic properties of neurons such as excitability thresholds). Moreover, it also has been found within neuroscience that metaplasticity occurs to control plasticity in a context-sensitive manner. In this plenary speech, it is discussed which learning or adaptation principles can apply to describe the different types of pathways to behavioural adaptivity mentioned above and how they relate to the learning or adaptation mechanisms identified within neuroscience. The work discussed here is based on a series of computational analyses that have been conducted last year and this year using a self-modeling network modeling approach. A Springer Nature book about this work will come out in 2023.

Sophie Hendrikse holds a position as researcher at the Clinical Psychology department at Vrije Universiteit Amsterdam and as a guest researcher at the Methodology and Statistics unit within the Psychology institute at Leiden University. She was educated through a research master in Social and Behavioral Sciences and a master in Computer Science with a specialization in Artificial Intelligence and Data Science. Her research focuses on multimodal social interaction of humans and/or artificial agents. She has developed multi-adaptive agent models to capture intrapersonal synchrony, interpersonal synchrony and adaptive social behaviors based on human-human interactions research. These agent models can be used both in agent-agent interactions and human-agent interactions. In a Springer Nature book that will come out in 2023 this will be discussed in detail. She has also been involved in the development of a brain-computer interface and studies algorithms to analyze interpersonal synchrony.

Jan Treur has been a full professor of AI since 1990 and is a well-recognized expert in the area of multidisciplinary human-like AI modeling. He has published over 700 well-cited papers about cognitive, affective, and social modeling and AI systems making use of such models. He has also supervised more than 40 Ph.D. students in these areas and from 2016 on written and edited three books on (adaptive) network-oriented AI modeling and its application in various other disciplines. Current research addresses the modeling of higher-order adaptive processes by self-modeling network models with a specific focus on mental processes based on internal mental models and their use by internal simulation, their learning or formation (including organizational learning), and the control over them. An application focus is on the development and use of shared mental models supporting the road toward a just safety culture in organizations such as hospitals. A joint Springer Nature book about computational modeling of multilevel organizational learning is in preparation and will come out by the end of 2022 or the beginning of 2023.