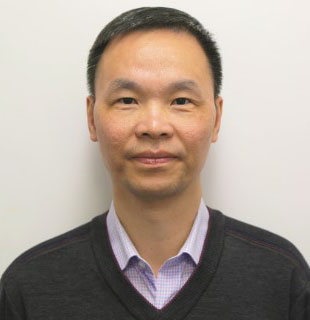 Abstract: Artificial intelligence has significantly influenced the health sector for years by delivering novel assistive technologies from robotic surgery to versatile biosensors that enable remote diagnosis and efficient treatment. While the COVID-19 pandemic is devastating, the uses of AI in the healthcare sector are dramatically increasing and it is a critical time to look at its impact in different aspects. In this talk, I will introduce the application of new deep learning models in medical image understanding. Then, I will discuss Parkinson’s disease (PD) whilst investigating the behaviour analysis of PD mice. I also present the use of machine learning technologies in sentiment analysis, followed by the discussion on several challenges.

Biography: Dr. Huiyu Zhou received a Bachelor of Engineering degree in Radio Technology from Huazhong University of Science and Technology of China, and a Master of Science degree in Biomedical Engineering from University of Dundee of United Kingdom, respectively. He was awarded a Doctor of Philosophy degree in Computer Vision from Heriot-Watt University, Edinburgh, United Kingdom. Dr. Zhou currently is a full Professor at School of Computing and Mathematical Sciences, University of Leicester, United Kingdom. He has published over 380 peer-reviewed papers in the field. He was the recipient of "CVIU 2012 Most Cited Paper Award", “MIUA 2020 Best Paper Award”, “ICPRAM 2016 Best Paper Award” and was nominated for “ICPRAM 2017 Best Student Paper Award” and "MBEC 2006 Nightingale Prize". His research work has been or is being supported by UK EPSRC, ESRC, AHRC, MRC, EU, Royal Society, Leverhulme Trust, Invest NI, Puffin Trust, Alzheimer’s Research UK, Invest NI and industry.
Homepage: https://www2.le.ac.uk/departments/informatics/people/huiyu-zhou. 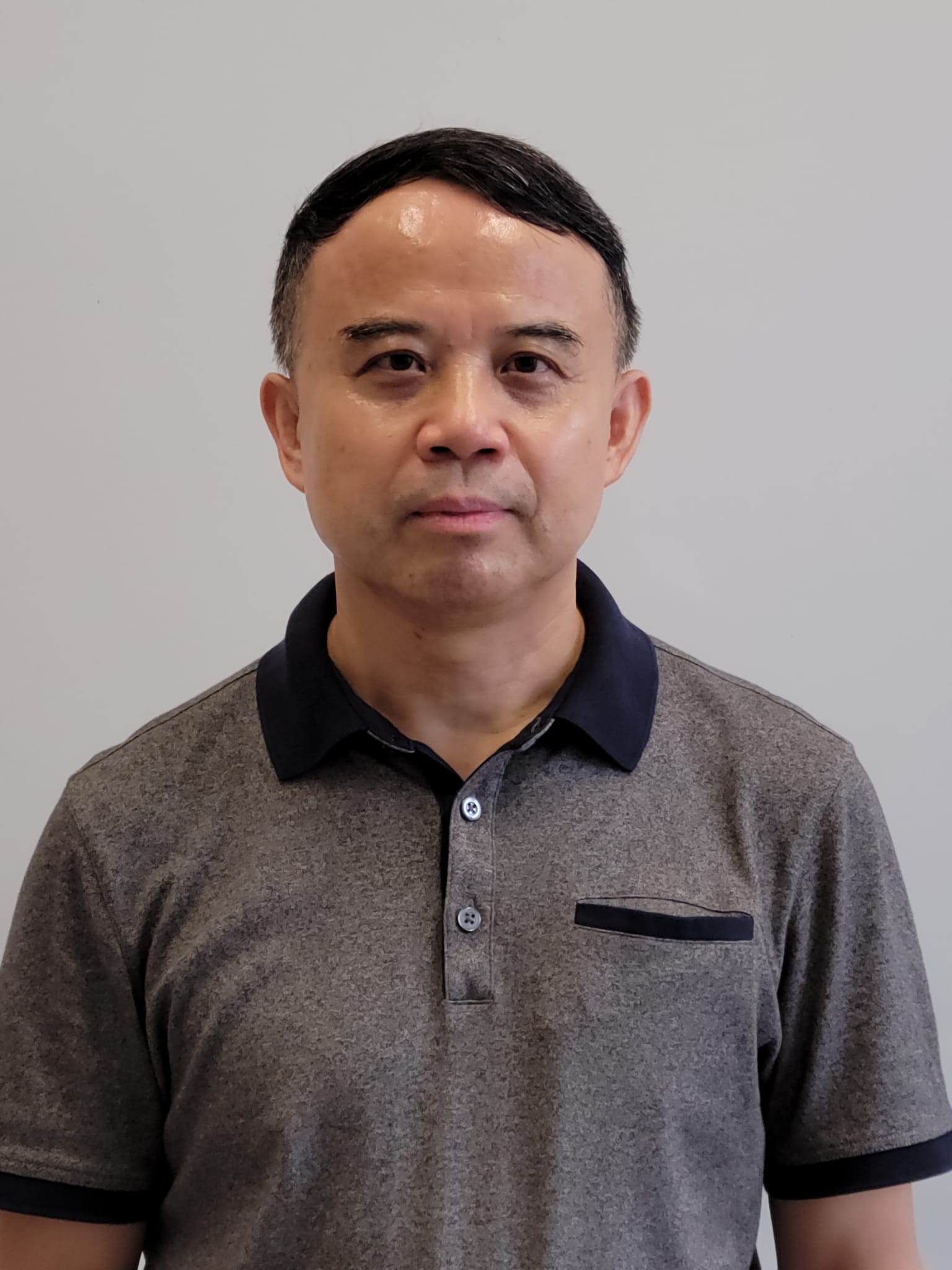 Abstract: In this talk we present a survey of recent developments of direct sampling type methods (DSMs) for solving general linear and nonlinear inverse problems of partial differential equations. The sampling type methods were proposed earlier for solving inverse acoustic scattering problems with far-field or near-field data [7][8], then developed for inverse electromagnetic scattering problems [6], and further extended for several representative non-wave type inverse problems, including electric impedance tomography[5], diffusive optical tomography [3], inversion of Radon transform [1], as well as recovering moving inhomogeneous inclusions [4]. DSMs have also been demonstarted recently to be applicable to the simultaneous reconstruction of inhomogeneous inclusions of different physical nature [2]. The DSMs are computationally cheap, highly parallel, and robust against noise, particularly applicable to the cases when very limited data is available. Motivations, principles and justifications of DSMs are addressed in this survey talk. Numerical experiments are demonstrated for various inverse problems. There are intensive studies of this type of numerical methods, and some of the references for those most representative inverse problems are listed below.

Biography: Jun Zou is currently Choh-Ming Li Chair Professor of Mathematics of The Chinese University of Hong Kong, and Head of Department of Mathematics. Before taking up his position at The Chinese University of Hong Kong in 1995, he had worked two years (93-95) in University of California at Los Angeles as a post-doctoral fellow and a CAM Assistant Professor, worked two and a half years (91-93) in Technical University of Munich as a Visiting Assistant Professor and an Alexander von Humboldt Research Fellow (Germany), and worked two years (89-91) in Chinese Academy of Sciences (Beijing) as an Assistant Professor. Jun Zou's research interests include numerical methods and analyses of direct and
inverse problems of partial differential equations. He is currently vice president of Hong Kong Mathematical Society and president of East Asia Section of Inverse Problems International Association. He serves currently as the associate editor of 12 international mathematics journals, including SIAM Journal on Numerical Analysis, SIAM Journal on Scientific Computing and ESAIM: Mathematical Modelling and Numerical Analysis. Jun Zou was elected a SIAM Fellow in 2019 and an AMS Fellow in 2022. 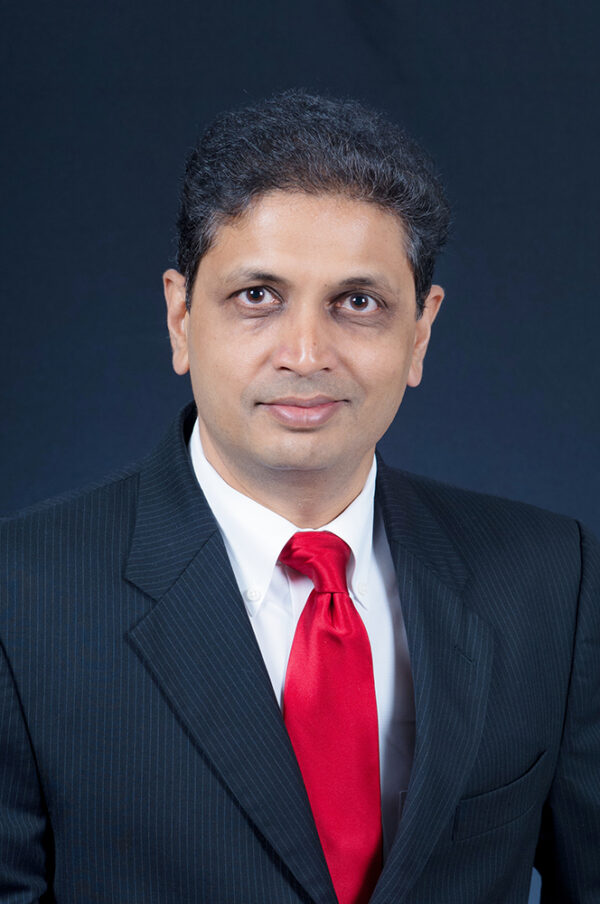 Abstract: Mitigating traffic congestion and improving safety are the cornerstones of transportation within smart cities. Current practices collect and analyze data from sensors and video processing and then process it offline. Hence, they are limited in proactively reducing traffic fatalities and preventable delays at intersections. We are developing real-time artificial intelligence algorithms and software to analyze video feeds from cameras and fuse them with ground sensor data to develop deep learning based digital twins that mimic traffic behavior both at an intersection and at the city level. We are also using the resultant output to develop technologies that will quantitatively measure and rank intersections by safety, to transmit information about unsafe behavior to connected vehicles and pedestrians in real-time to prevent accidents, and to optimize signal timing to reduce congestion.

Each of these advances are presently being field tested at intersections in the City of Gainesville and in Seminole County. The overall effort is geared toward developing transportation solutions for leading edge 21st century smart cities.

Biography: Sanjay Ranka is a Distinguished Professor in the Department of Computer Information Science and Engineering at University of Florida. From 1999-2002, as the Chief Technology Officer at Paramark (Sunnyvale, CA), he developed a real-time optimization service called PILOT for marketing campaigns. PILOT served more than 10 million optimized decisions a day in 2002 with a 99.99% uptime. Paramark was recognized by VentureWire/Technologic Partners as a Top 100 Internet technology company in 2001 and 2002 and was acquired in 2002. Sanjay has also held positions as a tenured faculty member at Syracuse University, academic visitor at IBM and summer researcher at Hitachi America Limited.

Research in high performance computing and bigdata science is an important avenue for novel discoveries in large-scale applications. The focus of his current research is the development of efficient computational methods and data analysis techniques to model scientific phenomenon, and practical applications of focus are improvements to the quality of healthcare and the reduction of traffic accidents. A core aspiration of his research is to develop novel algorithms and software that make an impact on the application domain, exploiting the interdependence between theory and practice of computer science

He is a fellow of the IEEE, AAAS and AAIA (Asia-Pacific Artificial Intelligence Association) and a past member of IFIP Committee on System Modeling and Optimization. He won the 2020 Research Impact Award from IEEE Technical Committee on Cloud Computing. He is an associate editor-in-chief of the Journal of Parallel and Distributed Computing and an associate editor for ACM Computing Surveys, IEEE/ACM Transactions on Computational Biology and Bioinformatics, Sustainable Computing: Systems and Informatics, Knowledge and Information Systems, and International Journal of Computing. Additionally, he is a book series editor for CRC Press for Bigdata. In the past, he has been an associate editor for IEEE Transactions on Parallel and Distributed Systems and IEEE Transactions on Computers. He was a general co-chair for ICDM in 2009, International Green Computing Conference in 2010 and International Green Computing Conference in 2011, a general chair for ACM Conference on Bioinformatics and Computational Biology in 2012, and a program chair for 2013 International Parallel and Distributed Processing Symposium and 2015 High Performance Computing Conference. He was a co-general chair for DataCom 2017 and co-program chair for ICMLDS 2017 and 2018.


More speakers will be updated soon...